It has been a busy and productive month

This month has been so busy that I am behind in posting my finishes.  As it is the end of the month and OPAM time, I thought I should go take some pics of some of them.

March sewing class at Sew This and That was projects using the circular attachment on our sewing machines.  The demonstrated project was a bag, which I didnt make, but instead I made this table mat at the class. 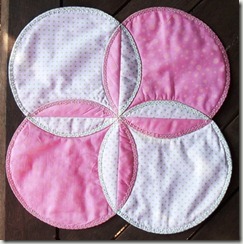 Each month this year we are being encouraged to use the technique learnt to make another project at home, to be taken in to the next month’s club. I dont always do this but I decided this month I should attempt something else using my new circular sewing attachment.  So my project is 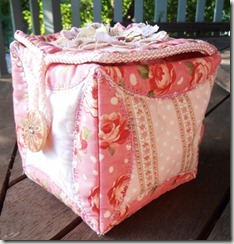 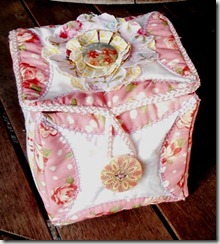 I used some of the fabrics I had received in Tassie to make my box.  Most of them were 10 inch squares or fat 8 sized pieces.  The central piece on each side is a different fabric.  I added the flower decoration which we received in our goodie bag at Tassie on the top, and found 2 buttons I had bought at Anni Down’s store “The Home Patch” some time ago.  They worked just fine on the box.

Another finish I had was this bag which I call my travel tote.  I made it for using in Tassie, firstly for my carry on luggage for the flight, and then for our shopping trips.  It will be useful for when we go on Quilt trail in April, and going to Craft Shows.  It has a zipper top and large pockets inside. 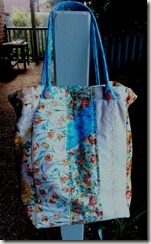 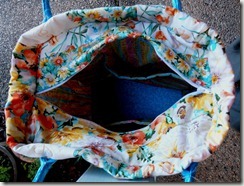 This one started off with a pattern, but that soon got abandoned  - the bag is so modified that it is nothing like the original apart from having the panels making up the outside of the bag.  The size and all other parts of the design developed as I went.  But it seems to have worked out fine.

Will be back soon to show more projects including the ones from the designers/tutors in Tassie.

Beautiful Marilyn. Your box and bag are lovely....great idea to bring home all those goodies from fabric expeditions.

Love your circles box Marilyn...very pretty and you have been very busy :) Good idea with the bag...love it! Hugs Vicki x

Wow, that table mat is gorgeous! It looks so difficult! I loveyour bag too

Wow Marilyn... what gorgeous finishes! I love that mat.. it looks so difficult, but very clever and intricate. The box is just gorgeous! Everything is perfect, the fabrics, the colours, the buttons and trims - so pretty..And... I love your bag. Very clever adapting it to suit you. Well done!!!

I am so impressed with your gorgeous projects - I've never use my circular attachment and now I want to dig it out, lol! That box is especially stunning! 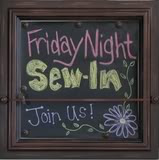 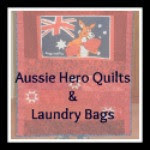 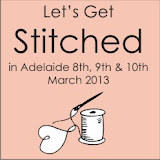 SEW THIS AND THAT, Morayfield

So pleased you have come for a visit. I love making new friends.